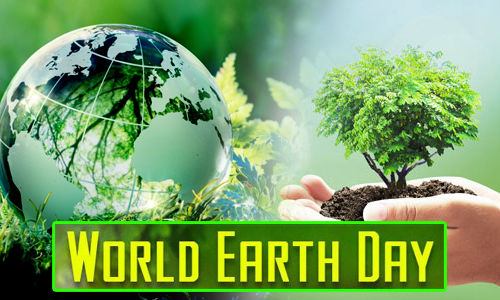 The year 2020 has been unpredictable for the people all over the world. We had never ever thought that we will come across such a time when   humans will be forced to stay inside their houses and flora and fauna will be free to grow and move. This is a historic period when earth has   decided to recover itself without the assistance of humans. On the 50th Earth day, let’s take a look at our contributions towards our planet and   how  mother earth has responded to it.

The first Earth day was celebrated in 1970 when millions of Americans came together for the protection of our planet. On April 22, 1970, 20 million   Americans — 10% of the U.S. population at the time — took to the streets, college campuses and hundreds of cities to protest environmental ignorance and demand a new way forward for our planet. The first Earth Day is credited with launching the modern environmental movement and is now recognized as the planet’s largest civic event. Every year, on this day, millions of global citizens show their support for the planet by planting more trees, arranging and attending earth day related conferences and seminars and discuss long term activities which can reduce the exploitation of the resources provided to us by our mother nature.

However, despite the amazing activities and decades of environmental progress, we still find ourselves in a world which is facing climatic threats globally.  According to the IPBES (Intergovernmental Science-Policy Platform on Biodiversity and Ecosystem Services) around 8 million animal and plant species currently exist on the planet. Of these, one million are in danger of total extinction, a situation that has become steadily worse over the past 40 years. The climate ultimatum threatens more than 40% of amphibious species, a third of sea mammals and many more living off coral reefs. As for insects, the researchers believe as many as 10% could be in peril. The reality is not just that it affects all these species, but it also threatens the very survival of our own human species, as well as our progress and stability, since we need biodiversity to exist ourselves. In fact, political efforts to protect nature and environment have fallen considerably. By way of example, in 2010, at a meeting of the Convention on Biological Diversity in Aichi, Japan, the delegates focused on a series of biodiversity conservation objectives for 2020 and, according to the new report, progress has been made on only four of the 20 objectives they came up with.

The solution to this environment degradation is in the hands of those who cause it, human beings. But to achieve this, it needs not only specific actions but also a real change in mindset and transformation in the way we develop. Historically, living well has meant producing more and consuming more. However, it seems like the earth has received this period of corona virus spreading all over the world as its recovering time. It is beautiful to note the constructive changes we are witnessing in the environment around us; the air seems fresher, the sky is more blue, rivers and oceans are clearer and pollution levels have reduced to a great extent. This shows that actually nature does not need our help, what it requires from us a break from our busy lives which will be used by Mother Nature as its recovering time.

Your email address will not be published. Required fields are marked *

Chambers of Exporters and Importers

WHAT IS LETTER OF CREDIT ?

THE SYLLABUS OF EXPORT, IMPORT AND INTERNATIONAL TRADE.

LATEST UPDATE ON THE JOURNEY OF BASMATI RICE TO SAUDI ARABIA.

WHAT DOES A ‘BL’ IN EXPORT-IMPORT MEANS?

WHAT IS REVERSE FACTORING? HOW IS IT BENEFICIAL?

How do we help in export-import business start-up?

WHAT IS THE DIFFERENCE BETWEEN A GUARANTEE AND INSURANCE IN EXPORT?

GOODS WHICH ARE PROHIBITED TO EXPORT FROM INDIA

WHAT IS FREIGHT FORWARDING?

Stop the spread of COVID-19 by staying at home.

Federation of Worldwide Chambers of Exporters and Importers